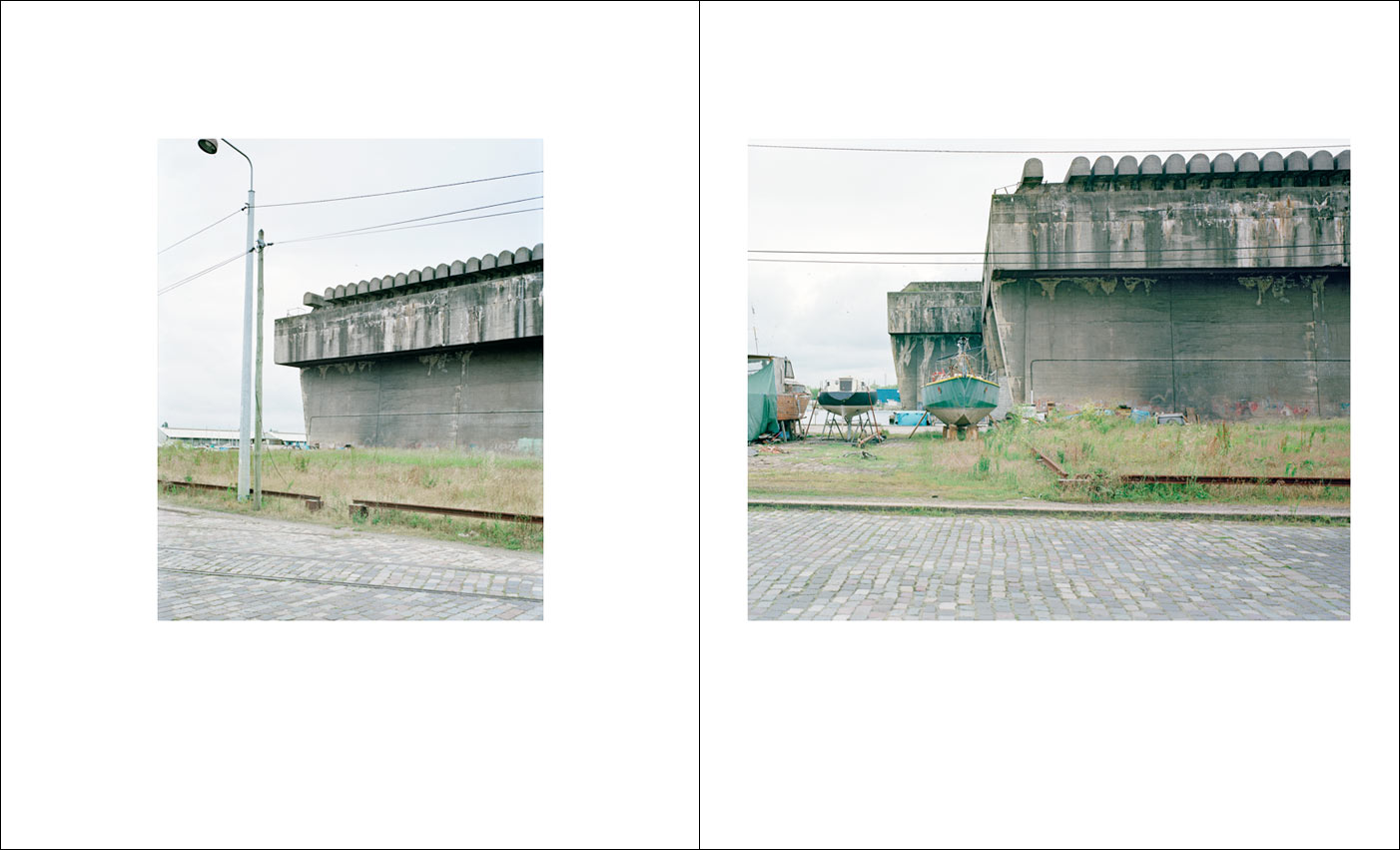 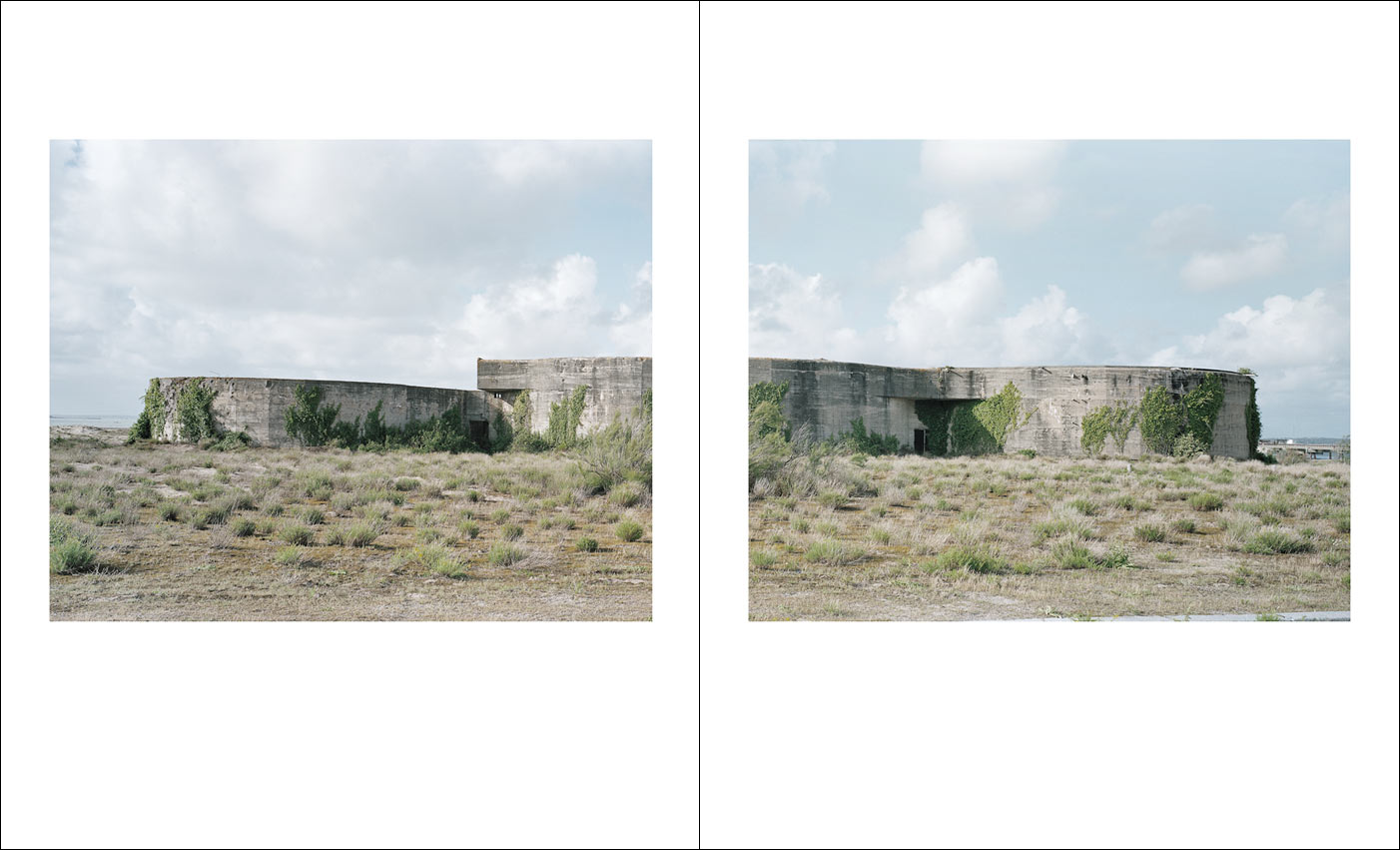 Much has been written of the Atlantic wall, the best still is Paul Virilio’s Bunker Archeology published first in the 1970’s.

Like Virillio, though some fifty years after him, I first found this ‘wall’ while holidaying by the French coast in 2000, a time when I was editing recently completed pictures of West African mud architecture (see Butabu).  I was interested that these two forms of monolithic architecture which, while having some comparable properties, provoke such strikingly opposing emotional resonances.

Virillio additionally made the link with concrete monoliths of the post war era – “why continue to be surprised at Le Corbusier’s forms of modern architecture? Why speak of ‘brutalism’?.  My interest in monolithic form included aspects of English Brutalism, particularly The Tricorn Centre in Portsmouth (see here I am, now I’m not.) As concrete structures the resemblances were closer, but the intent equally at odds.  Situated primarily along the French littoral, the Atlantikwall was the principal defence structure of European fascism.  The Tricorn was an expression of a progressive, if naive, post war new world order.  Of the two, the wall endures.