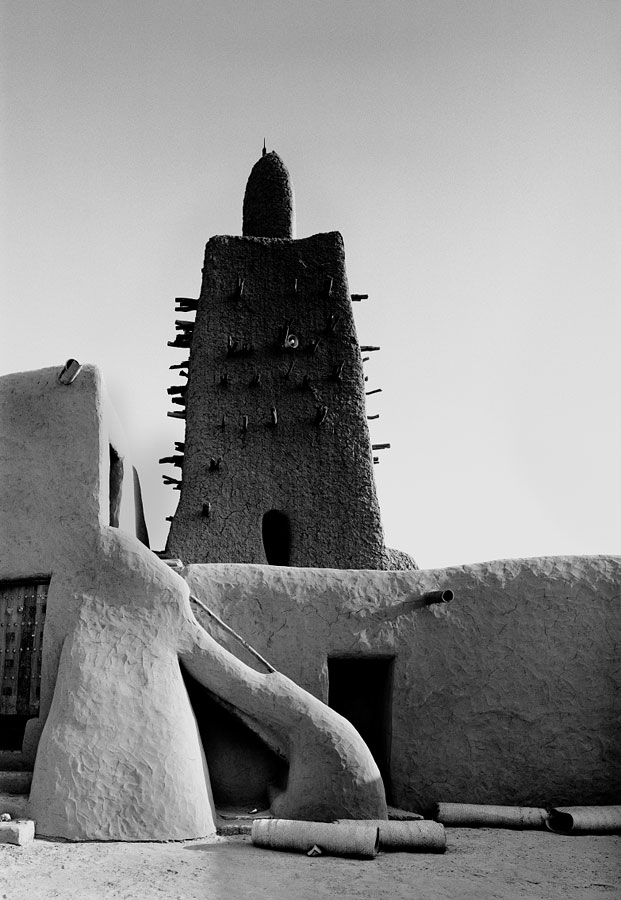 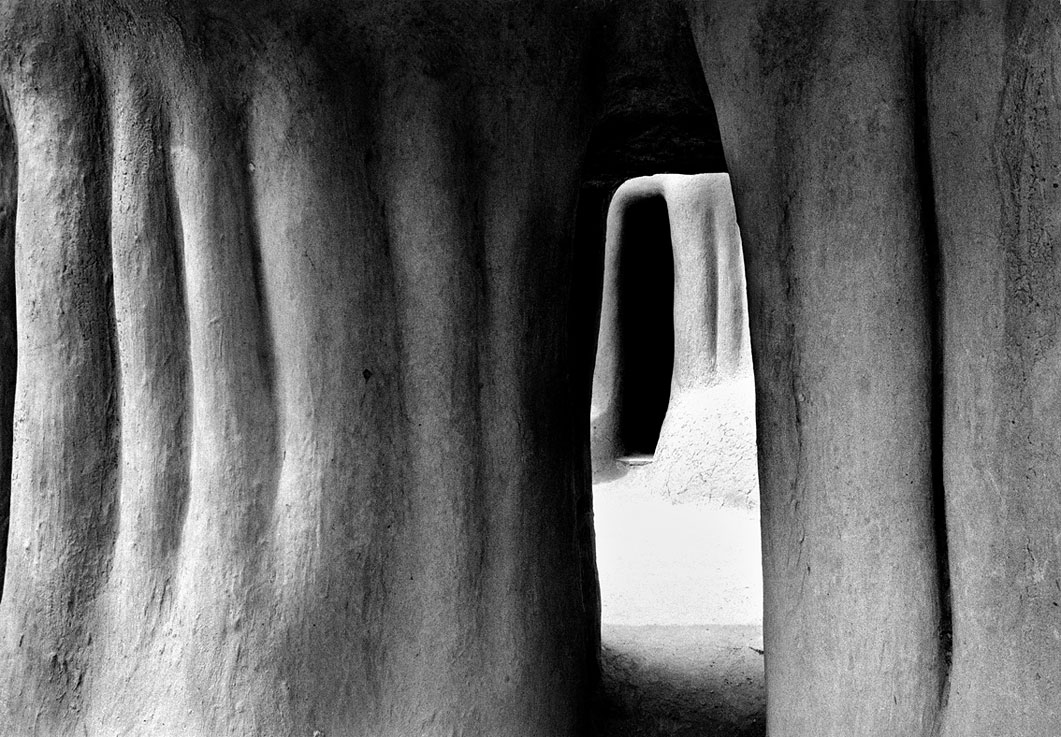 Butabu was published as a book by Princeton Architectural Press 2003 and Electa  2004.

The text below is from an article published in the Architectural Review,  London.  Jan 2004.  For more information see  reviews and essays.

Too often, when people in the west think of traditional Sub-Saharan African architecture, they perceive nothing more than a mud hut; a primitive vernacular half remembered from an old magazine or film.  But why this ignorance of half a continent’s heritage?  Possibly because the great dynastic civilisations of the region were in decline when the European colonisers first exposed them to a broader audience.  As they were built of mud many older buildings had already been lost; unlike the stone or brick structures of other ancient cultures.  Or possibly this lack of awareness is because the buildings are just too strange, too foreign, to have been easily appreciated by outsiders.  Often they are more like huge monolithic sculptures or ceramic pots than ‘architecture’ as we might think of it.  But in fact the surviving buildings are neither ‘historic monuments’ in the classic sense, nor are they as culturally remote as they may initially appear.  They share many of the qualities now valued in western architectural thinking such as sustainability, sculptural form and community participation in their conception.   Though part of long traditions and ancient cultures they are at the same time contemporary structures, serving a current purpose.  If they lost their relevance and were neglected, they would collapse.   In the West mud is seen, effectively, as dirt.  Yet in rural Africa (as in so much of the world) it is the most common of building materials with which everybody has direct contact. The maintaining and resurfacing of buildings is part of the rhythm of life, there is an on going and active participation in their continuing existence. These are not pieces in a museum or cultural theme park.

In this architecture one sees that from the most basic of materials, earth and water, and in the harshest of conditions, creative people have sculpted these most extraordinary buildings; superbly formed and highly expressive.   They are vibrant works of art with their own very distinct and striking aesthetic. These bold monolithic masterpieces play skillfully with the African light and the inherent properties of the mud itself to emphasis shadow, texture, silhouette, profile and form.   With in the duration of a year the mud render dries, the surface is covered in a web of cracks before it slowly starts to peel off.  With each re-rendering the shape of a building is subtly altered.  Change and movement are ever present. The material is tactile, warm and vulnerable.  It demands and receives an engaged relationship with its users.    Often people attempt to cement render the buildings in the hope it will make them more permanent. Not only does this destroy their structure as they rot from within, but it destroys their character.  Their uniqueness is in their muddiness.

The future of these buildings is hard to predict.  Mud is such a vulnerable material and there is an undoubted enthusiasm for building in concrete.  Given the means, many would tear down their mud houses and build cement block and tin roofed replacements, as has been proved in those countries that can afford to do so.   So what will happen when the economic fortunes of rural Africans improve? Will there be an understandable rush to rid themselves of the physical manifestations of a harrowing past?  It can already be seen happening in the wealthier countries such as Ghana and Nigeria where there is now virtually nothing left of the vernacular for future generations to repair and preserve.  Not only the buildings have gone but the skills to build them too.  Probably it won’t be a rush.  It will happen gradually, too slowly to notice.  Already the extraordinary up turned jelly mould houses of the Mousgoum people of Cameroon are gone, soon too those of the Kassena and Gurensi in Ghana.  The Sakho houses of the Boso in Mali are all abandoned and in ruins. It is possible that at the point when West Africa becomes more affluent there will be little of its built heritage remaining to be appreciated.  Their preservation may lie in the growing strength Islam, ever expanding and building more mosques. But even then only in the rural parts.  New Mosques in the cities, funded by Wahabi Saudi funds, are atrocious concrete imitations of a bastardised Middle Eastern style.   In the sparsely populated Sahal plains of the Western Sudan these verncular forms are the most striking representations of human creativity and a unique part of our world culture – hopefully they will not be lost.