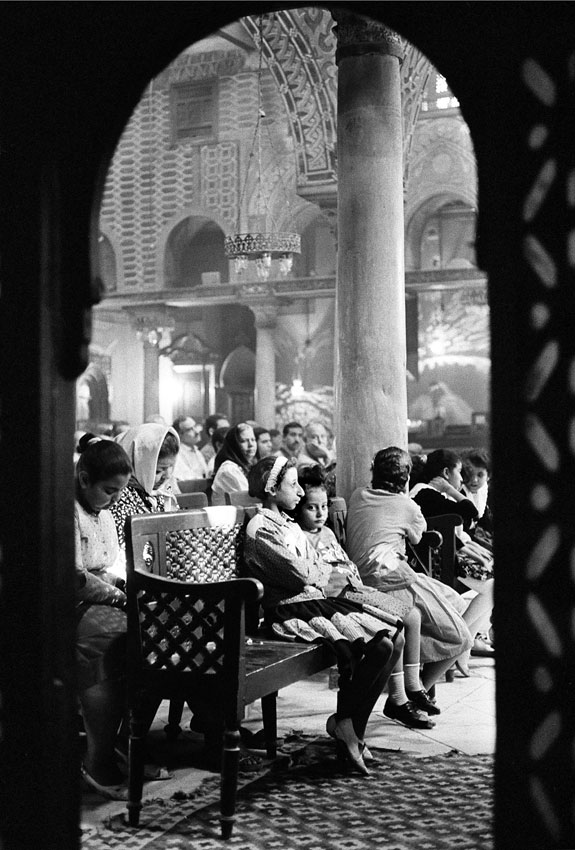 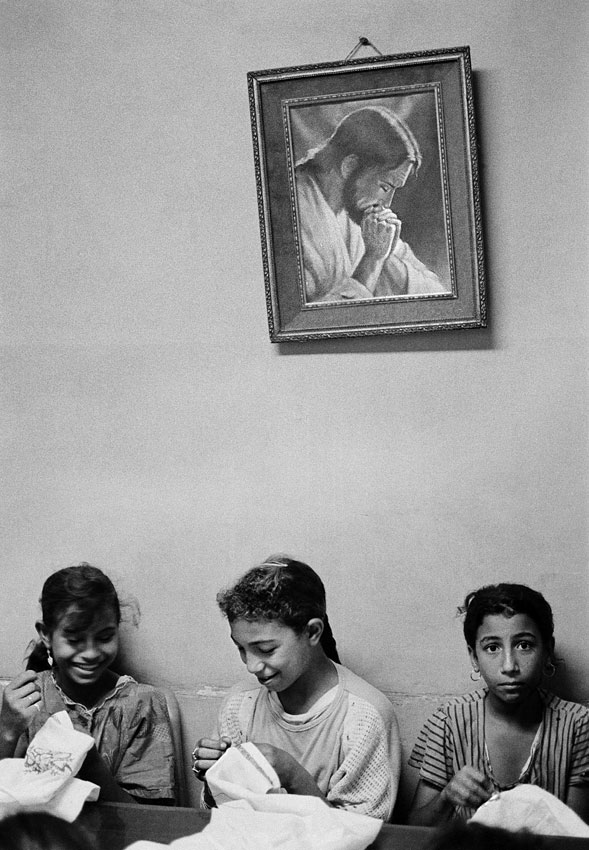 The Christian Arab minority (the Coptic Christians) makes up ten per cent of the Population in Egypt.  Greatly outnumbered by the Muslim majority, and living in an age of increasing fundamentalism, their intense sense of insecurity is palpable.  All Copts will tell you that there is a glass ceiling above which Christians do not pass.  In the government and military they occupy very few senior positions, (Boutros Boutros Ghali was a rare exception). In the badlands of upper Egypt, Islamic fundamentalist activists target and kill Copts, purely for being Christians, in the same manner as they have attacked Western tourists.  The difference being that the murder of Copts rarely makes world news.  This is another middle east conflict, but too low key amongst all the others to attract much attention.

Coptic history is long and striking.   Prior to the seventh century Islamic invasion Egypt was predominantly Christian; its people the descendants of the Ancient Egyptians.  Their language was (and for religious purposes still is) the language of those ancient Egyptians,  written using the Greek alphabet.  Their name evolved from the Greek word for Egypt (Aigyptios) through the Arabic translation (Qibti). To the Greek occupiers of Alexandria they were quite literally ‘the Egyptians’.  In the early centuries of Christianity it was amongst Copts that the concept of Monasticism first evolved.  The many remote monasteries in the Egyptian desert, founded by religious figures such as St Anthony and St Paul, influenced the development of religious thinking through out Christendom.

As a proud religious minority Christian Egyptians look to their long history for confidence and solace.  Copts tell you keenly that church services, often lasting 4 hours, remain unchanged since the 4th century. No modernising has taken place.  At weekends buses full of Copts visit the desert monasteries, their one true escape from the dominant majority.  Moulids, or religious festivals, attract hundreds of thousands of pilgrims.  An abundance of religious icons are displayed in the workplace and the home. Monasteries are over flowing with new recruits.  Artisans continue to dominate the centuries old traditional of gold and silversmiths.  With the passing of time it is now impossible to make an ethnic distinction between Muslim and Christian Egyptians.  Copts speak Arabic (they use the word ‘Allah’ to describe their Christian God) and are physically indistinguishable from their Muslim neighbours.  Thus Coptic identity is entirely entwined with their religion and culture.  As the pressure from fundamentalism mounts, the need to reinforce that identity grows stronger.

This reportage is an exploration of this particular Arab community.  The pictures shows something of the iconography with which Copts surround themselves, and from which they draw strength. These symbols reflect not only their pride and fortitude, but also an acute sense of vulnerability.